American History X unfolds through the eyes of Danny (Edward Furlong), whose older brother Derek (Edward Norton) is seeking retribution for their father’s murder. Full of anger, Derek becomes the charismatic leader of a local white power movement. Despite his intelligence, Derek’s hateful actions culminate in a brutal murder and lead to his imprisonment. Three years later Derek’s mother Doris (Beverley D’Angelo), his girlfriend Stacey (Falruza Balk) and Danny awaits his release. Unbeknownst to all of them however, Derek is a changed man. Fresh from prison and ashamed of his past, he is now in a race to save his brother and family from the violence he has brought down on them.

Be the first to review “American History X (18)” Cancel reply 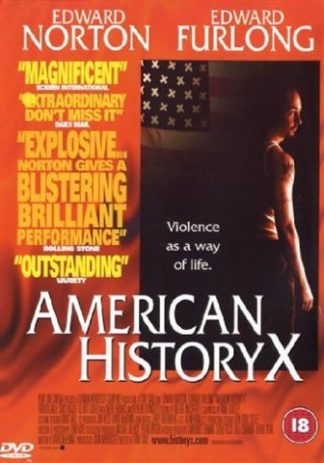