Offbeat, grisly black comedy from the Coen brothers. Minnesota car salesman Jerry Lundegaard (William H. Macy), deeply in debt, arranges for the kidnapping of his wife in order to obtain a sizeable ransom from her father, to pay off both his henchmen and his debts. However, all does not go according to plan. Frances McDormand won the Best Actress Academy Award for her portrayal of the heavily pregnant Police Officer assigned to the case, while the film also won Best Original Screenplay.

Be the first to review “Fargo (18)” Cancel reply 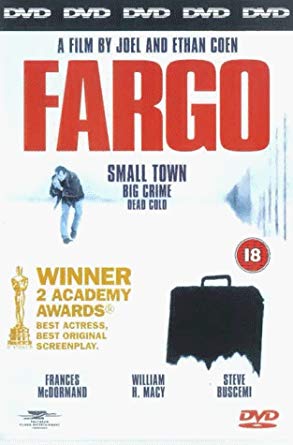