Owen Wilson and Lake Bell star in this US thriller co-written and directed by John Erick Dowdle. After moving to South East Asia, American engineer Jack Dwyer (Wilson), his wife Annie (Bell) and their two young daughters find themselves caught up in the middle of a violent coup by a group of rebels seeking to assassinate the country’s Prime Minister. When the rebels begin killing all foreigners, the Dwyer family is forced to go on the run with the help of British expat Hammond (Pierce Brosnan). 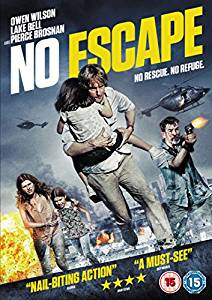