Michael Caine stars in this British crime thriller directed by Geoffrey Reeve. The film follows Haskell (Caine), an experienced criminal, who is asked by his boss Landon-Higgins (James Fox) to rob an armoured vehicle transporting watermarked paper which can be used to print counterfeit notes. But when the operation doesn’t go as planned, Haskell begins to wonder if he is being double-crossed…

Be the first to review “Shadow Run” Cancel reply 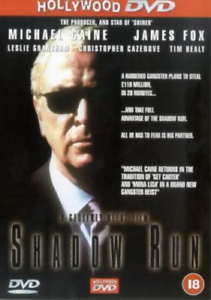