Family adventure telling the story of two tiger cubs born in the jungle in 1920s Indochina: one bold and fierce, the other shy and gentle. When notorious hunter Aidan McRory (Guy Pearce) kills their father, they are separated. The bold cub is sold to a circus where living in a cage robs him of his spirit, while the shy cub becomes the companion of the governor’s lonely son – but the family are forced to give him away to a man who is intent on turning him into a prize-fighter. Years later the brothers meet again – but as forced enemies, pitted against each other in the ring. Will they ever return to their natural life in the jungle, where they can live in harmony as brothers once again?

Be the first to review “Two Brothers (U)” Cancel reply 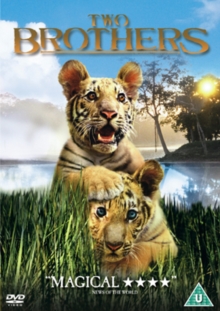